Have you ever had a moment of enlightenment when all of a sudden, the world seems to make sense? The marry-go-round stops. Your vision clears. The noise silences. And you knew something for sure. Like, for sure, for sure. There are a few times in life that we can all point to, where a word spoken at the right time simply transforms our life. It’s the light bulb moment. It’s the angels singing. It’s the come-to-Jesus-moment. It’s enlightenment.

My bible study (btw, I like to pronounce bible like a southern woman… bobble study…) has been studying truth- things like core beliefs and how truth makes a difference in our lives. We sound like philosophers pontificating. We seriously need port, cigars and an MDiv to make us official.

Even if you’re not religious, you probably know the interchange between Jesus and Pilate before he was sentenced to death by cross. They talked about this very issue. When Jesus was taken to this Roman Governor’s Palace for questioning, Jesus said to Pilate, “…the reason I was born and came into this world was to testify to the truth. Everyone on the side of truth listens to me.” Then Pilate cynically asked, “What is truth?”

Simply put, Truth is aligning your thoughts with Reality. Reality is the picture you take on your iPhone listed as “Original”- with no filter. Our experiences, addictions, traumas, and belief systems see reality with different filters. Looking at life with a warped filter affects how we think, behave and relate to others. But seeing reality filter-less makes life a whole lot clearer.

The Psychology of Enlightenment

Living in reality, and accepting my part in it, might mean swallowing my pride, but that is better than being foolish. Can I get an Amen?

Once I could identify the burden I was feeling, I all of a sudden, had the power to do something about it. Enlightenment delivers energy that empowers its adopters for transformation.

Once I accepted my problem of unforgiveness, and I felt empowered to change it, I then became burden free. All that was left was acceptance and peace. In the matter of a few days, the burden I had carried for 20 years was shifted into empowered freedom, all because I aligned myself with the reality of my problem. The truth. I don’t mean that I didn’t have healing work to do, or communication work to do with my dad. I did. But, I had a totally new perspective and power on HOW to heal and communicate. Aligning yourself with the truth of your situation never results in a crushing defeat. Instead, it results in ultimate peace, and an -it’s-going-to-be-ok faith. 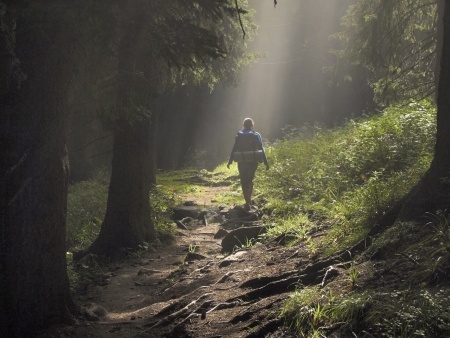 I’ve been on the other side of Truth Telling too. A woman can tell her story with crafted niceties explaining her marital problems. She may say they have a communication issue, or just don’t see eye to eye. She is obviously in a good deal of pain but feels hopeless she can do anything about it. The more she goes on, I hear troubling phrases like, “he has a temper,” and “not always truthful,” and “I don’t seem to do anything right.” And the more she talks, the more I feel a knowing in my heart and my head that there is more to the story, that something is going on that she is not admitting. I ask a few more pointed questions about what exactly she is experiencing at home. She gives half-admissions, which are enough for me to know the truth. And at the end of our time together, I softly say to her, and sometimes with tears, “My friend, your husband is abusing you. You don’t have to do this anymore.”

And then the flood gates open and she is hearing the truth spoken out loud that she has always know but was too afraid to admit. Denial is broken. She weeps because for the first time in a long time, she has aligned herself with the truth, and the truth is slowly setting her free. The truth is weakening the deception of “everything is fine,” and opening her to the possibility that God has a different plan. A better plan. A plan of healing and loving, and no harm.

Once she accepts the reality that she is a victim of financial/sexual/physical/emotional/psychological abuse (women who come out of abusive relationships can usually identify abuse in each of these areas) she can have the power to change her situation.

Sitting in a room when this kind of lightening strikes is the reward of my work. There is nothing like it on earth. That moment when time stops, eyes lock, and two souls are bound by the truth that settles down over the room. That’s when I feel God. 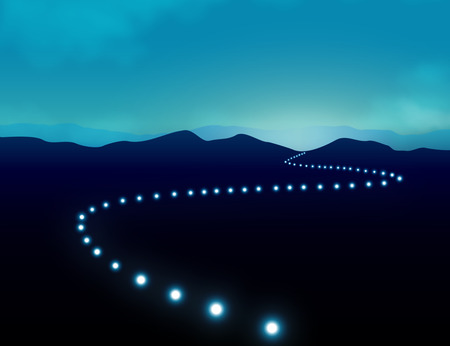