Couples come to my practice for all kinds of reasons: communication breakdown, complicated circumstances, reconciliation after marital mistakes. But one of the hardest obstacles to overcome is a lonely marriage. You may feel rejected, forgotten or un-important. You may even feel hopeless at ever making it better. I’ve heard many people say that their lonely marriage is so painful, it would be better to be alone and lonely, than married and lonely. 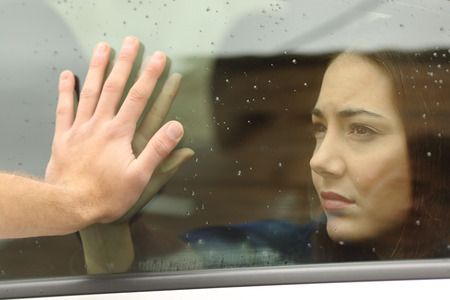 What is a lonely marriage, and how is it created? A lonely marriage consists of two well-meaning people who respect and love one another, but lack the skills or understanding to be deeply connected and intimate.

If you see these symptoms in your marriage, you may be married to a Loser. A loser isn’t the couch potato, it’s someone who loses out on really knowing you. Because they fear the vulnerability of intimacy, they hide their fears, weaknesses, and true feelings. You may find yourself doing the same.

Take a short quiz here to find out more about your marriage, and if loneliness is an issue.

A loser isn’t the couch potato, it’s someone who loses out on really knowing you.

Characteristics of a Loser

We all do it from time to time- say something we don’t mean, just to keep the peace. Keep quiet, when we should really speak up. Worry too much what other people think. Unfortunately, people-pleasing can create more trouble than it solves in the long run. Relationships can often get stuck in destructive patterns that leave you feeling the thing you were trying the hardest to avoid- rejection and loneliness. In marriage relationships, these patterns usually look like one person trying really hard, but in ineffective ways, and the other person hardly trying at all. Does that sound familiar? Really annoying, right? This pattern leaves one (maybe you?) exhausted and lonely, and the other annoyed and frustrated. Maybe you feel like you keep trying to make him love you, but end up feeling rejected instead. 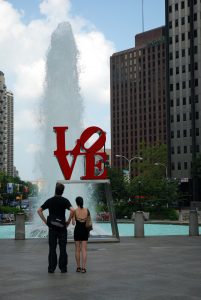 If this is you, you may find yourself defaulting to the People-Pleasing mechanism called, Co-dependency. You may have heard this term used in treating addiction or alcoholism, but co-dependency is found in many non-addictive relationships, too.

What is Co-dependent People Pleasing?

Codependency, simply put, is being dependent on someone else to be okay.

This may sound harmless at first glance, but when co-dependent people-pleasers marry un-pleasable people, relationship breakdown is easily predicted.

For example, Mary fell in love with Robert early on in their relationships. Robert, the strong silent type, was confident and emotionally withdrawn. But Mary could look past his hard exterior and see the caring side of Robert few others could see. Mary, though unconscious of it at first, made it her mission to draw him out, expose him to new experiences, and make him laugh. Once they were married, she found Robert to be even more sullen than before. He would even become angry at her efforts to make him happy, or to share his feelings. She tried to cook the things he liked, wear the things he liked, and do the things he liked. But no matter what, she always seemed to miss the mark and fall short of his silent expectations. It’s not that he was mean or rude to Mary, he was just closed off and critical. She knew that Robert’s childhood was unhappy and harsh, so she made excuses for him and filled the emptiness with meaningless chatter.

Years into the marriage, Mary found herself feeling depressed and lonely. She often second guessed herself and had trouble making decisions. Marriage wasn’t the intimate friendship she thought it would be. She sometimes badgered Robert just to get a rise from him. Then she poured on the guilt after he exploded. He reacted to her with harsh judgments, and she dissolved into tears. She mistakenly thought that if she could just make him happy, then mayble she would finally feel loved.

Because they don’t have a solid sense of who they are, they gravitate toward those with ego-centered entitlement issues. Often co-dependent people pleasers take responsibility for others’ feelings of happiness, rage, depression, or fear. They are the perfect match for a partner who won’t take responsibility for his own life, and blames his unhappiness or misfortune on others. Rosenburg says, “Codependents are attracted to individuals who are either narcissistic or addicted and who neither want nor are able to fulfill their personal and emotional needs.” [1] Oh, ouch. So what’s a girl to do? 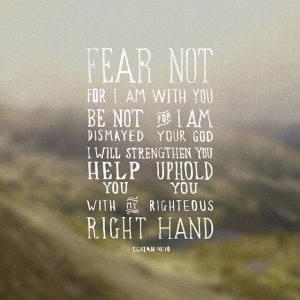 How to Break Free

Breaking free of codependent people-pleasing in your relationship is not easy, but it is ESSENTIAL to your own growth and happiness. If you’ve followed my blog for very long, you know what I’m going to say. You MUST show your love-starved self a little love before you can effectively love someone else. Talk with a counselor about what you need and what you want. Identify your core needs, and make a plan to get those met. Let God fill you up, so you don’t feel so empty and lonely. Join a support group that will hold you accountable to your goals. Breaking free from co-dependent living is possible, and you can do it!

I developed the following graph so you can start concentrating on what a Healthy Relationship Paradigm looks like, and ways you can make small changes that produce big results in your relationship. You’ll see that the Prideful Paradigm people attract the People-Pleasing Paradigm People, and their relationship just reinforces their abandonment fears. However, healthy living results in a sense of belonging, togetherness and love. 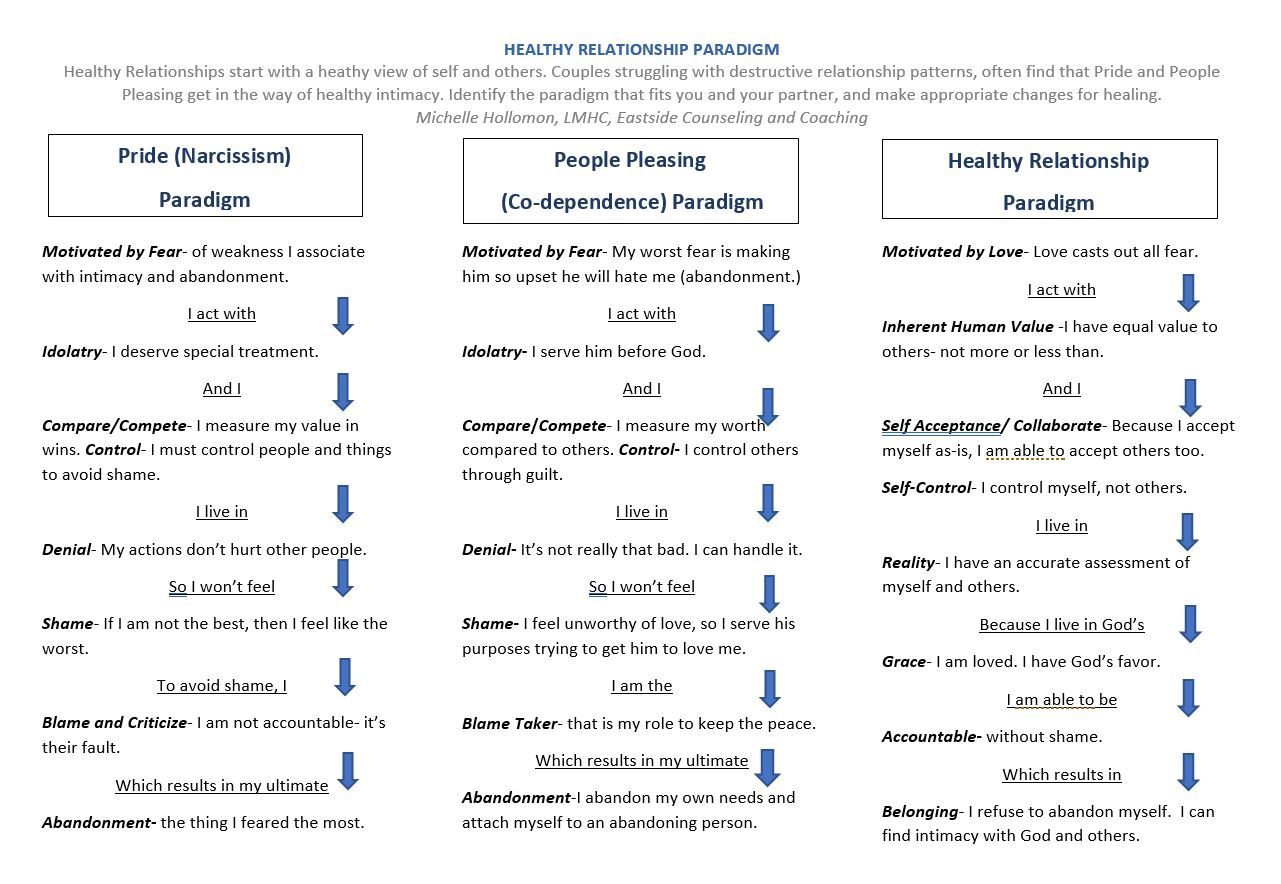 Hello to the Best People on Earth. I’m so happy you joined me today to talk about intimacy with The Self. For the last three weeks, we’ve been discussing how to nurture intimacy in your relationships. Intimacy is often intimidating because it requires risk, self- disclosure and willingness to feel vulnerable. Humans don’t naturally like these things. Intimacy takes courage. But what about intimacy with yourself? What if you’re alone in your house. No one is calling. No one is texting. It’s Friday night and loneliness settles over you like a dark fog? Or what if the discord in your family relationships is so thick that even though you’re in a house full of people, you still feel shut out?

Loneliness is a depression trigger. If loneliness starts to settle in to your every day life, depression might be hot on its tail, leaving sad and sleepless nights in its wake. Loneliness speaks. It says things like, “What’s wrong with you? Everyone else has someone but you,” and “Other happy families are going places and doing things together, and “You missed the boat. Your chance at relationship happiness is over.” Loneliness needs a muzzle, don’t you think? These kind of thoughts are no bueno because they are grossly exaggerated, they lack evidence, and they are just unproductive.

Here are some ways to cultivate intimacy with yourself, thereby muzzling the criticism of loneliness. My brother and sister were 10 and 12 years older than me. By the age of 7, I was raised as an only child with two working parents. I spent a lot of time alone and there are still times, though surrounded by loving Mr. Dashing, Sweet and Sassy and the neediest dog on earth, my past gets triggered. My one constant from childhood till now, is my faith in Christ. I often feel God’s presence in the sunset, a favorite poem or the humming bird that visits the porch.

Intimacy with the Self is a life long goal and can be practiced when we feel most alone.