When I treat anxiety in others, and when I encounter it in myself, I find that anxiety is always rooted in a sense of helplessness. It’s as if our unconscious believes that we truly have no power, that we are damned if we do, and damned if we don’t, and that we are powerless to affect change. Our prefrontal cortex responsible for logic and reasoning, knows this powerless thinking spiral is not completely true and accurate, but the primitive brain is so busy reacting to anxiety provoking stimulus, the logical part of the brain is overridden. The times we feel most powerless, are the times we feel most anxious. 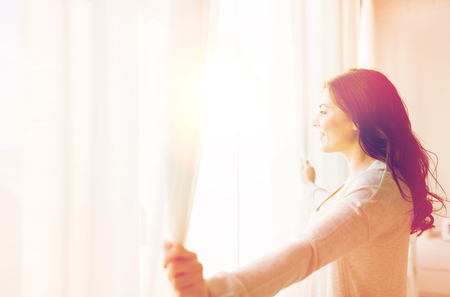 Figuring out how to make yourself feel stronger, more in control, and more powerful is key. But how?

How to Treat Anxiety

Anxiety is rarely a problem that exists all by itself. Anxiety exists in environments where it can grow. Chronic stress, toxic relationships, power imbalances, and poverty are all things that cultivate anxiety and make it grow. There are common ways to treat anxiety like therapy, meditation, relaxation techniques, exercise and cutting down on stimulants (caffeine.) Any and all of these things can be helpful, but I have found one thing that helps immensely.

Taking back your power is the solution to the anxiety problem. When people find small ways to feel powerful again, they start to feel better.
Anxiety often is a result of feeling trapped in a box of “I can’ts”; feeling stuck between a rock and a hard place; feeling damned if you do, and damned if you don’t. Anxiety’s root is powerlessness. To strike back at anxiety, taking small steps to gain back your power make all the difference.

Taking back your life from the anxiety, isn’t done in one fell swoop. It is done by making one small decision after another, until you feel stronger, more confident and more positive. Psychologist measure remission and success by decreased frequency, duration, and severity of anxiety episodes. With each step toward empowerment and positivity you make, remission from anxiety becomes possible. “You have a condition that usually only occurs in people over 60,” my doctor said as she typed in her lap top. “Have you been under a lot of stress lately?”
Hmmm, does she mean balancing the needs of my family, and my growing business? Or does she mean the PTA meeting I skipped so I could meet a writing deadline. By “stress” could she mean the lists that don’t get checked off, or the emails that don’t get opened, or the dog that doesn’t get walked? Which stressful event was my doctor alluding to, and how could I answer “yes” without shouting, “Isn’t every working mother- are you crazy?!!”

“You know,” she continued, “You will probably get this again if you don’t do something about your stress level.”

Shingles. That’s what she diagnosed me with. Shingles is this terrible burning sensation that attacks the nerves underneath your skin until you eventually erupt into mischievous oozy bumps. Awesome. I’m a therapist. I preach self care. I believe in balance. I teach people how to make and keep healthy boundaries. And I have a stress-related, immune deficiency condition that no 38 year old should get.

Time to take some things. Off. The. Plate.

So, when Marissa Mayer of Yahoo announced no more working from home, I paid attention. When Facebook’s COO Sheryl Sandbert told American women to “Lean In”, I listened.  What are the women at the top saying about their positions, their work-life balance? What are they saying about their priorities? How do they balance it, and what are their secrets?

Turns out, they probably experience the same things I do (expect for the salary… that’s probably a little different.)

Erin Callin, former CFO of Lehman Brothers before the crash, recounts in her New York Times piece this weekend that “Work always came first, before family, friends, and marriage- which ended just a few years later.” She goes on to say, “Until recently, I thought my singular focus on my career was the most powerful ingredient in my success. But I am beginning to realize that I sold myself short… there were diminishing returns to that kind of labor.”

Though admired by many young women who see Mrs. Callin as a hero and an over-comer of the gender barrier, she is fraught with regret.

University of Michigan business professor Marina Whitman and corporate executive says in a recent CNN article by Todd Leopold, “I think this thing about ‘can women have it all?’ or ‘can’t they have it all?’ is kind of a silly argument. Yes, you may have it all, but not all at once.”

And what about Marissa Mayer banishing the working-from-home flexibility? She certainly has gotten a lot of back lash. Some of my working mother buddies say she ought to be ashamed of herself. But it has got me thinking that maybe “working from home” for the working mother, is just playing into the illusion that women really can have it all. That there is some ideal out there that a woman can be at home with her smiling contented children playing at her feet, while sitting at a desk with phone in hand, lap top open while climbing the corporate ladder. Maybe we’ve bought into the illusion that we “should” be able to do it all. Maybe we think, “if only my work schedule was ‘flexible enough’ then I could make that PTA meeting, I could take that work call while mixing the baby formula,” or in my case, I could schedule myself to being two places at one time and be half committed to both. Ugh.

So what did I learn from Shingles? Well, for one thing, I’m taking the Sabbath. I’m working my tail off Monday through Friday 8:30 to 3 until Sweet and Sassy get home from school. I’m shutting my lap top until they go to bed at night, and I’m wearing them out on Saturdays with chores, sports and lots of family fun. I schedule a date night with Mr. Dashing and make deposits into the marriage bank account. Come Sunday, I don’t return e-mail, I don’t write blogs, I don’t do anything that could remotely seem like work. I go to church, I go out to eat, and I read for FUN, not for work. Then I try to catch up on some Duck Dynasty, which really puts me into relaxation mode, because I’m pretty sure they haven’t worked a day in their lives, unless you count catching bull frogs as work.

Everything has a price tag. Everything worthwhile requires sacrifice. Some of us choose work, some of us chose family, and then the crazy ones, like me choose to work out the balance of both. The sacrifices I make as a working mother are continual and on-going. The fact is, if I throw the soft ball with Sweet, then I’m not going to get that blog post done. And if bring home work to do, I won’t be available to hear Sassy’s original song on the piano. What am I going to forfeit? What am I going to give up? Something has to go, which one will it be? I’m the last to cast a stone at working mothers’ choices. But I’m the first to say, life is about choices, and values, and about consciously making those choices according to your values. Could I be further along in my career if I chose to spend more time at the office? And if I spent more time at work, would Sweet and Sassy be as well adjusted and fantastic as they are now? I wonder. We make choices, some good, some bad. But most times we don’t know they’re bad till we feel the pain of them. Like the pain of Shingles. I didn’t know I was burning at both ends until I actually felt the burning.

My prayer is that you won’t have to.

** The first time I published this post was about a year ago to www.thinkspace/blog to a reach of about 10,000 people. I thought I’d be a literary genius and really use some vivid language to describe  shingles and the pain it causes. Instead of “oozy bumps” (which is what you read now), I used the word “puss” to describe it, and then I put the letter “y” at the end. Then I wrote something about bumps, and lead the whole world to believe that Shingles and STDs were somehow the same thing, and I was the lucky recipient of both. And wow, she must be so brave/crazy to admit that on a blog… Lawd have mercy. For the record, I had Shingles. Only. And I’ll never use the word “puss” with a “y” at the end to describe anything for as long as I live. Cheers to all the working mothers out there who like to make mistakes with the whole world watching! 🙂

Article in CNN by Todd Leopold