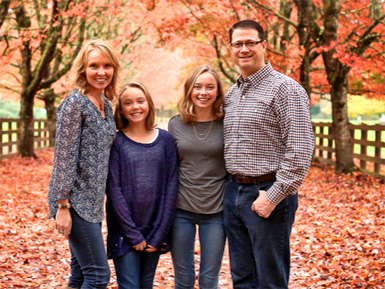 I saw a fender bender by my street the other day. The lady in front was completely caught off guard. Jaw dropped, wide eyed, and totally stunned when she was hit. That is how I feel about the statements I heard Seattle Pacific University’s President say this morning on KIRO Morning News. After the brutal shooting on campus yesterday that killed one student and sent three others to the hospital, President Daniel J. Martin was asked, “What would you like to see happen to the shooter?” I was struck. Just like I’d been caught unawares. Rear ended.

But forgiveness can help us move on.

Last night I saw Disney’s Maleficent in the theater and felt the same struck sensation. The SPU tragedy and the movie are completely unrelated, other than they happened on the same day for me. And both left a meaningful impact. Maleficent wielded the same wicked power she did in the first Sleeping beauty. But this time, something deeper, more meaningful was taking place. SPOILER ALERT (skip to the next paragraph if you don’t want to have a little taste of the movie). The story of hatred and revenge was the same.The damage was done, the curse was irrevocable, forever death was the result of jealousy and betrayal. Until… Until true love’s kiss, which has everything to do with humility, and taking ownership of your wrong doing, and saying you’re sorry and feeling the pain you’ve caused someone else.

Struck again. Slack jawed, eyes wide, knees cut out from under me.

I was struck so deeply, because I know a little bit what President Daniel J. Martin was talking about when he said those who are forgiven, can also forgive.

And I know what it is to be forgiven.

Struck again. By kindness, by a willingness to start over. By forgiveness.

Forgiveness is not bringing back what was lost. It is making a path for what’s next.

Being forgiven is like breathing fresh air after being choked with exhaust fumes. It’s like jumping in the lake after sweating on the beach. It’s like getting ice cream after being the last strike-out of a losing season.

God, being forgiven is good.

In the shooter’s case, I don’t know how it will turn out. Will he see what the pain he caused and repent? Will he grieve what he’s done? And even if he does, it can’t bring back life. In the movie, Maleficent the Villain *SPOILER ALERT* sees the pain and is devastated by it’s truth. She has a change of heart, and worlds are restored. Life doesn’t mend itself as quickly as it does in the movies, but one like this can show us a path. We, who come to the end of ourselves, and own the humility of hurting another, can easily be overwhelmed by shame and guilt. Shame and guilt tell us we are broken, bad, stupid, flawed, unforgivable, forgotten, ugly and worthless.Thank God, shame and guilt don’t have the last word, not since a thing called forgiveness was invented.

Forgiveness tells us we are merely human, doing what humans do, and that forgiveness transcends flawed humanity, one humble choice at a time. We get new chances, and do overs, and bright mornings.

Thank you President Daniel J. Martin for reminding us that though all has been taken, we still have the power to forgive. Thank you Maleficent, for reminding us that though we let the worst of ourselves hurt the people around us, it’s never too late to ask for forgiveness. And thank you to my friends and family who struggle along side me, giving and receiving forgiveness and grace. Maybe that’s what it’s all about anyway.

When have you been struck with forgiveness? On the receiving end or giving end? I’d love to hear about it.