Posts Tagged: Steps for Starting Over

Have you ever felt like a situation was so hopeless that it would never get better? Like something was so far gone that nothing could restore it? In business, one might say it’s time to “cut your losses.” In fishing, one might say, “find a new fishing hole.” Miners find a new claim. But what about a life? A relationship? A dream?

In the late 1800s, when horse drawn carriages delivered gloved and corseted maidens to high tea, and silk hatted gentlemen bet on horse races, Robert Butchart was making his family fortune mining limestone on Vancouver Island, Canada. Limestone was a main ingredient for cement and Butchart’s Canadian quarry supplied the Portland Cement company with what it wanted. This cement was used for the developing infrastructure of cities and buildings all over the world. Mining metals, gems, oil and ore has been the backbone of development and progress for centuries, but as you may know, leaves the land spent- gouged- barren and scarred. 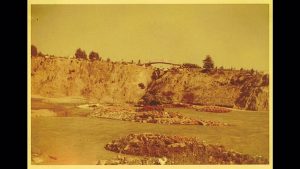 By 1904, Robert had made his fortune mining, but depleted his Vancouver site’s limestone resources. The extracting process was about to be replaced by the planting process.

Robert and his wife, Jenny not only built their mine on this resourceful property, it was also the land on which they built their family home. After shutting down the quarry, something remarkable happened.  An unprecedented plan for refurbishing the massive and exhausted pit was devised. I would have loved to been there for the conversation between the two of them. Maybe Jennie said something like, “You had your turn, and I thank you for it. Now, I’ll take my turn.”

Jenny got to work. They ordered tons of top soil from nearby farmland to line the floor of the used-up quarry. They hired hundreds of gardeners to carry out the work, and spent years designing one of the most beautiful places on earth. Under Jenny Butchart’s supervision, the quarry was reborn as a garden. And what a spectacular garden! 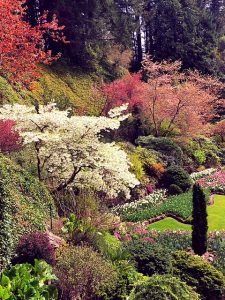 I’ve visited three times now, and never tire of it. The flowers, the life, the creativity- yes- these things are breathtaking. But it’s the story of the thing for me. It’s the story that keeps me coming back. What was once a devastated, used, bombed out, chiseled up, abused piece of hillside is now a paradise for everyone. What was gutted and used for forward progress could have been left that way. But someone loved it enough to restore it. Someone could see it’s potential for beauty even through the scars. Jenny Butchart dreamed of what it could be and worked tirelessly until she achieved her vision. 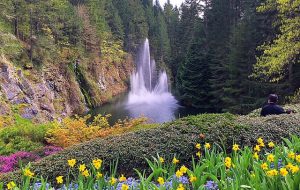 Jenny’s dream was nothing short of divinely inspired, and if you have visited Butchart gardens, you have experienced what I mean. The gardens are massive, incorporating not only the quarry itself, but  expanding to the edge of the sea side. Once the quarry was refurbished, Jenny continued her plan with new gardens- a Japanese garden, an Italian garden, a Rose garden.

Are there parts of your life that have been scarred by the hands of someone else? Maybe those wounds were unintended or even well- intentioned, but the hurt happened anyway. Are their disappointments, traumas or losses that have left you exhausted, spent or scarred? Maybe it’s time for a new dream. Maybe it’s time to cast a vision for yourself that restores and refurbishes what has been taken. 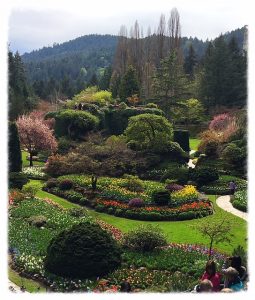