Have you ever wondered why you are attracted to bad boys? The narcissistic, emotionally unavailable guys your mother warned you about? Or the charming man who turns out to be a certified sociopath? If you dig a little deeper into the Bad Boy persona, you may very well find a narcissistic user, a sociopathic abuser, or a psychologically manipulative woman eater. Feeling attracted to a bad boy isn’t a bad thing, but falling in love with one expecting to get love back will leave you very disappointed.

Some say that women’s caretaking nature is piqued when they encounter someone “hard to love.” Perhaps the nurturing nature in women needs to reach the unreachable or love the unlovable. Others say that the Bad Boy represents a challenge to women and “fixing” him is a great ego boost. Here are the real reasons why you are attracted to Bad Boys.

1. Because Sociopathic Snakes are Sneaky

Remember the man-cub Mowgli in the Disney classic, “The Jungle Book?” Mowgli was a sweet, innocent boy all alone in the world and down on his luck when Kaa the snake just “happened along”. Disguising himself as a helpful friend, Kaa lured Mowgli into an unconscious slumber with the hypnotic power of his alluring gaze. The same thing happens to women everywhere.  Although your inner alarm systems warn you that things seem a little “off,” you decide to trust anyway. The promises are a direct hit, the sales pitch pitch-perfect, and the lies taste so sweet, you just want more.

The Snake has uncanny ability to hide his true self and intentions, making him seem like something he is not. All the while, you are being hunted, stalked and groomed by a predator. This process may feel like being romantically pursued, but make no mistake; he sees you as prey to be controlled and ultimately consumed.

He is unable to connect, to feel, or to have intimacy because reptiles don’t have the brain capacity to do that. Reptiles don’t stay in pods, or flocks, or herds. They live cold-blooded, slithering, loner lives hunting and consuming prey. They are great for insect and rodent population control but not for tenderhearted relationships. The trouble is you may not know he is a Snake until you get too close. You don’t know he is poised to strike, until he strikes you. 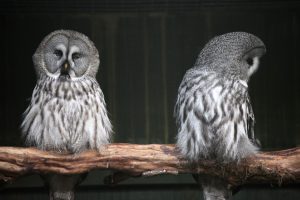 2. Because Your Inner Cave Woman is Really (REALLY) Enticed.

The Bad Boy is a symbol of all that your inner primitive cave-woman would find attractive: strength, virility, self-reliance, competitiveness, and confidence. All these characteristics make him a good catch to your inner cave woman. With all that machismo to protect, provide, and carry on the species- all the bells and whistles go off in the primitive part of your brain, and well, you’re turned on.

If the Bad Boy sets his attentions on you, you may find it difficult to resist. It feels flattering, ego-boosting, and sexually stimulating. The sex appeal can be astonishingly strong. He’ll say and do things that “respectable” boys won’t.  There is something thrilling about getting the manliest, macho-est (is that a word ?), smartest, or richest man in the room to take notice of “little-ole-you.” There is nothing wrong, sick, or misplaced about being attracted to a Bad Boy. However, to pursue him with hopes of making him truly love you is just north of crazy. He does not love. He possesses.

3. Because Narcissists has Convincing Groupies

Often times, the bad boy or narcissistic user will keep other respectable-looking people around him lending to his credibility and trustworthiness. I call them Groupies. It can be difficult to see the true identity of the Narcissistic User and Sociopathic Abuser if he often keeps other seemingly “good” people around making him look good. He may be edgy, or rude, or hostile or temperamental, but if he has “good” people around him making him look good, you dismiss his bad character traits.

4. Because You Have a Dream of  Making the Bad Boy Love You

You want to look past the bad so you can keep the image of what he could become always in your mind. You overlook the bullying, badgering, threats, and domination in order to keep your dream alive that someday your bad boy will turn into the man he was destined to be. You are the only one who believes in him, the only one who can see past the jerk on the outside to see the hurting boy on the inside. You hold the dream for both of you, and you’d rather die than give it up. You carry the hope, the responsibility and the work load of the dream for the both of you, often letting him completely off the hook from his end of the deal.

5. Because No One Showed You What True Love Is

There is one thing you have in common with every woman who has ever loved the Bad Boy, the Narcissistic User or the Sociopathic Abuser:  you thought you could get something from him that you couldn’t get for yourself—whether it be love, affirmation, validation, promotion, acceptance, or to just feel special. You believed that he could fill the hole, meet the need, be the miracle you always wanted. But he can’t love or affirm you because he’s too busy doing those things for himself.

You may have experienced feeling minimized, forgotten, used or neglected in the past, and have since grown numb to red flags. Maybe you have difficulty recognizing abuse, because people made excuses for it in your past and you were forced to accept those excuses to survive. Original abuses from the past may have set you up for future abuse from the Bad Boy, the Narcissistic User and the Sociopathic Abuser.

6. Because You Overlooked your Red Flags

If you are used to judgmental criticisms, emotionally abusive manipulation, shame-filled accusations, or unapologetic arrogance from your family of origin, you may overlook those things in your current relationship with a Bad Boy. You may have witnessed him hurting others without apology, calling names, talking with vulgarity, lying to someone, acting possessively, or ranting and raving. You may have overlooked or excused these things because unconsciously, you’re familiar with this kind of “bad” behavior from your family of origin.

The hope and promise of getting the unloving person to love you, the abandoning person to stay , or the egomaniac to think you’re special is so alluring that it’s deafening compared to any weak danger signals going off.

If you had to excuse other’s bad behavior just to survive growing up, it is unbelievably easy to excuse the dark side of the Bad Boy, the Narcissistic User or the Sociopathic Abuser. Making excuses for him instead of being alarmed by his degrading behavior, unfortunately just comes natural. 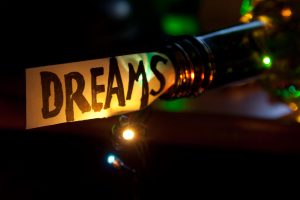 7. Because Bad Boys Seem So Perfect at First

Women often tell me that they never saw it coming. They never suspected the man they loved would end up being abusive, unfaithful, or wholly self-centered. One reason why you don’t suspect the User or Abuser’s true intentions is because they are highly skilled at creating false personas. You may have experienced something like a “love bomb” in the beginning of the relationship. Maybe he wouldn’t stop calling or giving you gifts or saying flattering things or showing signs of possessiveness right away. He bombed you with “good” things so you would look past the bad.

They are master manipulators, often craftily mixing things you know to be true with things you’re unsure of, until you push past reason and logic in order to believe them. Pathological lying is a skill. They practice until it’s nearly impossible to tell the fraudulent from the real. Everything looks right and sounds right, even though it does not feel right. He simply looks too good to be true… until he’s got you hooked, utterly dependent on him, and scared to leave.

What to Do if You’re Attracted to the Bad Boy, Narcissistic User or Sociopathic Abuser

Traumas, childhood neglect or abuse, and punctured self-esteem set women up to fall in love with bad boys, narcissistic users and sociopathic abusers. If you have traumatic neglect or abuse from the past, his selfish nature can draw you to him like a polar magnet. Even though your head, your friends, and your family may be telling you, “He’s not good for you,” you can fall for him anyway. It can feel impossible to say “no,” to his pull.

Step 1). The first step is to be aware of your tendency to be attracted to unhealthy partners. You may be aware now of your longing to be loved from partners who don’t have the capacity or willingness to give you that love. It’s like trying to draw water from an empty well.  It is important to hear and to trust the uneasy, slimy feeling you get when something looks too good to be true. Once you’ve realized this painful pattern, you can do something about it.

Step 2). The second step is to get help. Habits, patterns and love attractions are not easy to break and require some concerted team effort. Since, the initial attraction, chemistry and romantic feelings wear off eventually, it’s important to put your time and energy into changing more permanent character traits with-in yourself. You can do this by healing past traumas, breaking free of ineffective self-talk, learning healthy self-respect, and asserting your needs. You are worthy of feeling loved and valued. Getting supportive counseling can help you recover from Bad Boy Attraction once and for all.

Step 3). Pray. Seriously. The bad boy, narcissistic user and sociopathic abuser carry a dark cloud around with them. That dark cloud is not easily chased away just because you break up. Ask your friends or family to pray with you for safety, strength and provision. Pray for protection as you begin your new life, and for courage to stand strong against any attempts at getting you back in his clutches.