Good Morning and Happy Valentines Day! My daughter is taking Spanish this year and reminded me that Wednesday’s Spanish name is miercoles. Come on! Is that the prettiest name for a day of the week, ever? It sounds like “miracle.” So Happy Miracle Day! 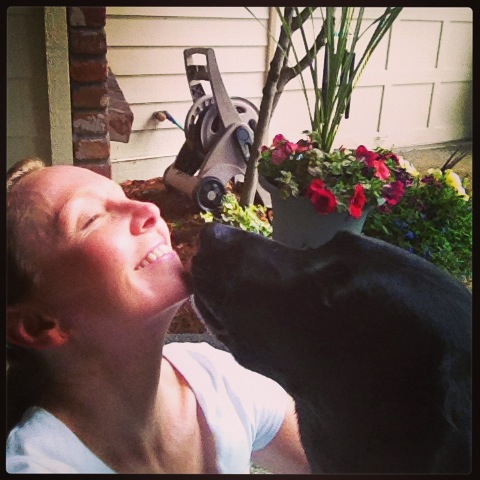 One night, my 105 pound black lab, Frisco attacked and destroyed a birthday present I was planning on giving a friend. He ate the contents (yes, there was chocolate and no, it didn’t kill him, much to Mr. Dashing’s disappointment) and then projectiled-it-out both ends. He shredded the paper, slobbered on the hard woods, (dried slobber is really tough to get up, it turns out) and marked the fireplace as his personal territory. He seriously went full-lab bonkers. He greeted us at the door with wild, caffeinated eyes and a happy tail. No remorse, no regret, no shame. All happy. I’m scrubbing stains out of the carpet and he’s wapping me with his happy tail.

It got me thinking, why can’t we be more like that? Why can’t we get over our mistakes as quickly as our dogs do? Granted, he did slink out the back door once I started yelling, but after a little while, he was back to his normal irritating self, without a care in the world. I don’t know about you, even after I make things right, I find myself rehearsing my mistakes, regretting my choice of words, and feeling guilty for my indulgences about an hour too long after they’ve happened. Who am I kidding? Ok, about two ½ days too long, actually.

So, I think I’m going to adopt Frisco’s style. I kind of admire the way he gets over himself. I kind of like how he forgives himself quickly and gets to his happy place again. What if we all could do that? And I have a sneaking suspicion, that if we forgave ourselves quickly, we’d be better able to do it for others too. Here are some things that Dog’s Just Don’t Do, and that if we followed suit, we just might wag our happy tail. 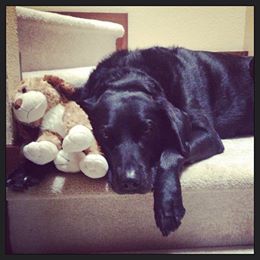 1.       Dogs don’t have self-doubt. You know the worry that sneaks up on you that you’re going to bollix everything up? That you could single handedly cause world mayhem? That you could do it so badly that you’d never live it down? Yeah, that’s called self-doubt, and I’m pretty sure dogs don’t have it. I’m pretty sure they don’t even think about the future or their place in it. Can you imagine Frisco saying to himself, “Oh, gee, I don’t think I’m a very good hole digger. There’s probably better hole diggers than me. I should just stop trying before people find out I’m such a failure of a hole digger.” No, he doesn’t judge his work, his hole digging performance or his behaviors at all. He just digs holes.

2.       They don’t feel guilty for napping and over eating. Dogs embrace the simple indulgences in life- napping in the sun, laying on the couch, sneaking food off the counter, chasing their tail, inhaling their food, throwing it up and eating it again. Yes! Dogs really know how to live in the lap of slothful luxury! What’s more, they do these things without a hint of Guilt. No remorse. No apologies. What would it be like to eat your meal, lick your lips and then roll around on the floor exposing your bare belly to everyone in the living room saying, “Look at this,people! Rub my belly!”

3.       They don’t get embarrassed. Mr. Dashing and I had a beagle named McKenzie before Sweet and Sassy were born. One time she raced off the porch at top speed and completely missed her landing. She rolled a few times, shook off her surprise and kept running. I’m pretty sure she didn’t say to herself, “How could I be so clumsy? I’m such an idiot! I shouldn’t even be allowed to run anymore! Look, everybody’s laughing at me!” No, dogs don’t have that thing inside them that says they should be embarrassed at mistakes. I’d say that dogs don’t feel shame, but I’ve seen a poodle with a hair cut, and a collie with a cone, and I’m confident that dogs feel shame. But they don’t feel shame or embarrassment over mistakes. That’s a human thing. Wouldn’t it be nice to not have to feel awkward or embarrassed over missteps, mispronunciations, misunderstandings, mis-communications and ordinary mistakes?

4.       They don’t hide their pleasure. When you do something that makes a dog feel good, they don’t keep their feelings on the inside. No! They groan, and moan, and roll their eyes back in delight. Their back leg involuntarily does that kicking thing, and they embrace ecstasy with full expression. Their whole body feels and expresses their joy. They chase and bark and run like crazy. A friend was baptized last week and when she came up out of the water, she jumped with hands in the air and water flying. That’s how I want to be about the things that bring me happiness. I want to embrace the fullness of joy and feel it to the maximum. I want to laugh loud, cry often, and feel to the depths. That’s where it’s at.

5.       They don’t do it alone. Dogs are pack animals and just can’t stand being without their family. If they are not with their pack, they don’t feel at peace. They don’t say silly things to themselves like, “Well, I shouldn’t need help from anybody. I should be able to do this on my own. I should be more self-sufficient! Maybe God just meant for me to be alone.” No! they love to be with their pack. They understand that doing life together with other people is not a weakness, but a strength. They understand that they need their pack, and their pack needs them. Your friends, family, sisterhood, and bros are the life blood in your veins and the reason you go on each day. Don’t deny them the gift of you. 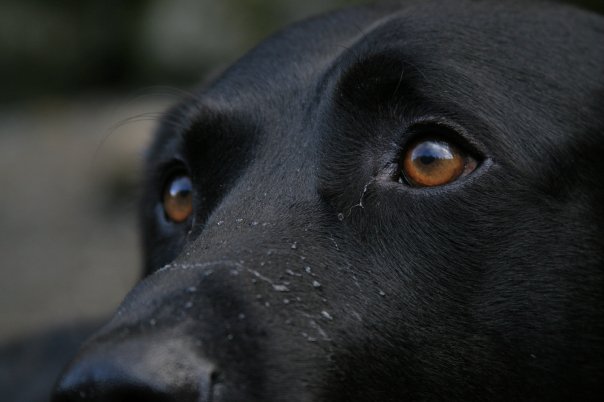 There are more things that dogs don’t do, like clean up after themselves, stay off your bed, keep their hair to themselves, or respect your personal space but I can’t think of anything positive or inspirational to write about those things.

Much love to you all on your journey to relationship happiness and health. Give yourself a break today, give yourself the same love that God has for you.